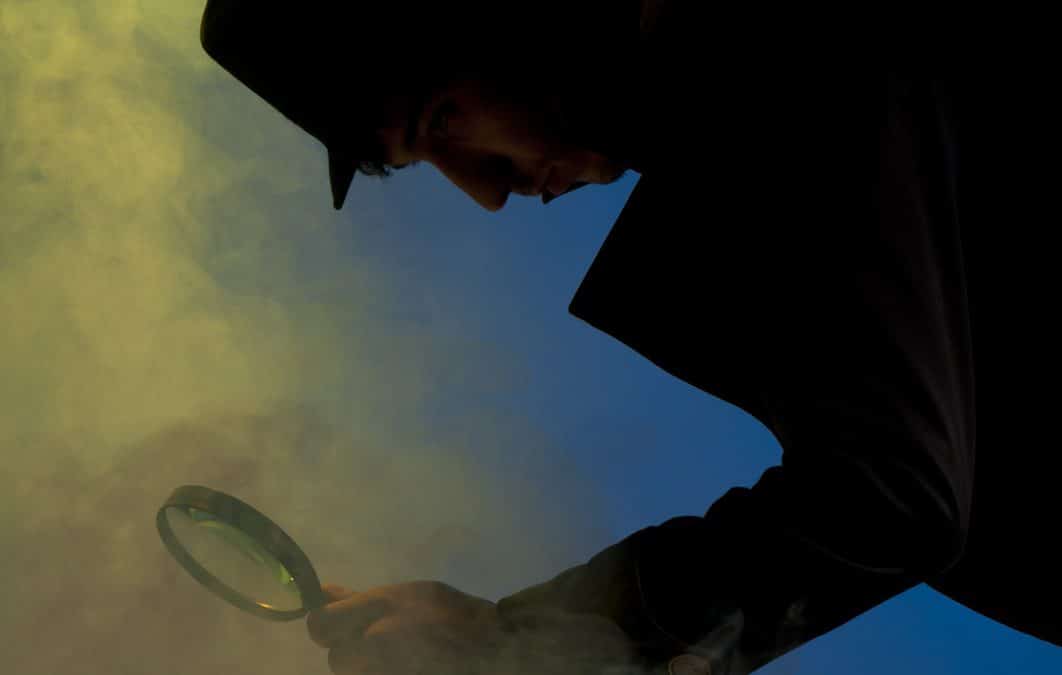 There is a certain kind of murder mystery that belongs to the golden age of mystery fiction. This is the so-called play-fair mystery that was pioneered by Dorothy L Sayers, Agatha Christie, and the writers of Ellery Queen. It is constructed in such a way that the reader has all the same information as the sleuth, and uncovers the clues at the same time. So, theoretically at least, the reader should be able to solve the mystery at the same time as the sleuth does.

The Ellery Queen writers famously used to invite the reader to guess the murderer just as Ellery Queen was about to do his big reveal. This was contained in a Challenge to the Reader box near the end of the book, and the wording was usually something like, “Dear Reader, you are now in possession of all the clues and should be able to solve the mystery.” Of course, those writers didn’t always play fair, and the reader was often left feeling cheated – the victim of a narrative selight-of-hand.

The best and most satisfying play-fair mysteries are those in which the author does not pull a fast one, but leaves the reader feeling that if only they were a little bit smarter they could have solved it. Of course, readers do occasionally guess correctly based on the clues, and manage to solve the case, but this shouldn’t happen too often. No one wants to read about a sleuth who is not as smart as they are. Readers want to be wowed by the deductive abilities of the sleuth, while still feeling as though they can keep up with and interpret the clues – over the sleuth’s shoulder, as it were.

The appeal of murder mysteries lies in making sense out of nonsense – in creating order out of chaos. A murder is the ultimate destabilising act that threatens to throw society into disorder. The sleuth comes along and outfoxes the murderer, restoring order and bringing peace and justice to the community. This is satisfying to watch as a reader, and explains why murder mysteries have never lost their appeal, from Victorian times to now.

As a writer, the challenge lies in scattering clues throughout the story in such a way that their logical progression becomes evident only after the fact. The reader should look back at the story and admire the cleverness with which you revealed your clues, but not be able to see the pattern while it is still developing. Even the sleuth might only be able to put it all together at the end, just before the big reveal.

One way to do this is to bury the real clues among red herrings or false clues to mislead the reader. This can work well if the red herrings are produced organically as a natural part of the story, and not just thrown at the reader as an avalanche of misleading information. I recently asked a group of mystery writers how they handle the process of sprinkling clues into their novels and got some interesting answers.

Nikki Havertock who writes the Target Practice murder mystery comedies says she uses in-jokes to help hide her clues. This is a clever piece of misdirection because the reader feels pleased at having uncovered an in-joke, without realising that there is a clue hidden in there as well. It’s like hiding the real secret document under the fake secret document. The reader doesn’t think to look any further.

Lee Dobbins, who writes as Leighann Dobbs, Annie Dobbs, and L.A. Dobbs, plants clues that appear to relate to something other than the murder, such as a secret that a character may be hiding. It is only later that it becomes clear that these were clues to the murder all along. This is a difficult and sophisticated tactic that will leave the reader nodding admiringly when they realise how they were tricked.

Amy M. Reade, author of The House on Candlewick Lane, among others, uses sub-plots to deflect the reader’s attention away from the clues. It is always a dilemma for mystery authors to decide how many sub-plots to allow into the story. On the one hand, readers love anything that fleshes out the sleuth’s world and makes it more three-dimensional. I personally enjoy Michael Connelly’s descriptions of Harry Bosch’s relationship with his daughter almost as much as I enjoy the mystery itself. On the other hand, the main mystery plot has a momentum of its own that shouldn’t be interrupted by too many distractions. Michael Connelly and Amy M. Reade have managed to get the balance right.

Beth Bernier Pratt, author and reviewer of cozy mystery novels, reminds us that when it comes to lists, people tend to remember the first and last things on the list, and to get a little fuzzy when it comes to the things in between. Sandwiching a clue into the middle of a list can also be a good way of hiding it in plain sight.

Another technique that is getting a lot of play in thrillers these days is that of the unreliable narrator. Think Gone Girl and The Girl on the Train, not to mention the many imitations they have spawned. In mystery novels, the unreliable narrator can be a first-person narrator, or a character telling his or her version of what happened. Unreliable narrators worked very well a few years ago because they took the reading public so utterly by surprise. You did not expect a character you had grown to like and trust to turn out to be a shameless liar. These days readers are more alive to the possibility that the narrator, or a beloved character, might not be telling the truth, and are less shocked when it happens.

The unreliable narrator trope is not dead, but merely diminished. In mystery novels, the lying witness is as old as Agatha Christie herself, but there are new ways to make use of that witness. You can lure the reader into trusting them, feeling sorry for them, and believing them. You can also flip that on its head – in the style of the Girl on the Train – by having the unreliable, unlikeable, alcoholic, hot mess of a witness turn out to have been telling the truth all along.

The possibilities are endless and we are only limited by our imaginations. There has never been a more exciting time to be a mystery writer.