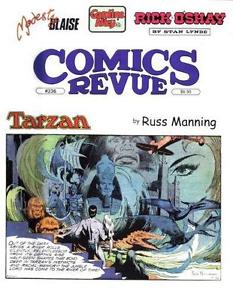 My geek credentials are far from impressive. Real geeks would scoff at the idea of my claiming any geek status whatsoever. I am not a gamer. I don’t watch horror movies. I don’t read graphic novels published after about 1992. The Star Wars franchise is a mystery to me. I don’t read fantasy novels (unless they are written by Cat Hellisen.)

If I were to go on Mastermind, my specialist subjects would be, “Star Trek: the original series”, “The Tarzan books by Edgar Rice Burroughs”, “The Modesty Blaise books by Peter O’Donnel”, “DC comics published between 1979 and 1987”, “Superhero movies 2007 – present day”, “Superhero TV series 2010 – present day”. And that’s it.

At the recent launch of my book SPIRE, I embarrassed myself by saying, “What’s that?” when a member of the audience asked me whether I was prepared to acknowledge Resident Evil as an influence on the book. So, no, I am not a GEEK geek. I am a niche geek, a nostalgia geek. My geekiness is a homage to the super-geeky little girl I once was.

That little girl is ridiculously excited to have been invited to ICON – South Africa’s longest running comics, gaming, and popular culture convention. It will be held at Gallagher Estates this coming Youth Day long weekend. SPIRE will be on sale, and I will be there to sign books from 13.30 on Saturday afternoon until they kick me out.

It was Gus Silber who first identified SPIRE as being more of a horror novel than a thriller, and I guess that is why it made the cut and got invited to be part of ICON. The appallingly isolated South Pole setting is another factor to make a geek’s heart go pitter-pat. It’s why I chose it, after all.

I can’t wait for Saturday. I will be taking my credit card along, and if there happen to be any pre-Crisis Legion of Superheroes comics on sale, consider them gone.