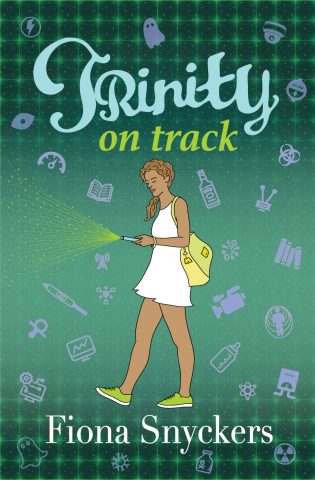 I have written about this before.

The discourse around this issue has, to put it mildly, moved on since then.

This has become one of the most contested issues in contemporary fiction, and no more so than in young adult circles. There have been several high-profile cases of books that were due to be released to great acclaim before being pulled by their publishers, or even their authors, because they fell afoul of someone’s notion of how identitarian politics should be conducted in fiction.

As someone who has just released a YA contemporary novel with a black girl as the main character, it behoves me to reconsider this issue.

It is 2019. Why am I still writing black characters as a white author?

Let me start by repeating a point I made in my piece from 2013 – the best people to tell black stories are black writers. This is at the heart of the #ownvoices movement in YA fiction. It makes intuitive sense. Someone who has lived through an experience is always going to have a more authentic insight into it than someone who has picked it up secondhand through research.

Whether it follows that white writers should therefore never try to tell the stories of characters of colour is another matter. Other commenters have pointed out that for all writers henceforth to populate their stories only with characters who look and sound exactly like them, and who have their identical lived experience, does not bode well for the future of fiction. Where is the role of the creative imagination in that?

There is, of course, a difference between the main character of a story and the side characters. And there is an additional difference between a third-person main character and a first-person one. There is something particularly initimate in the act of inhabiting a character when you write in the first person. You become that character. You speak as they speak, think as they think, and feel as they feel. So perhaps that is where we should draw the line. Should white writers only feature black characters as minor players, not as the main, first-person characters?

The trouble with writers is that they tend to be rule-breakers when it comes to what they put on the page. Many report feeling that their characters have “taken on a life of their own”, occupying more space than was originally allotted to them. Imposing rules on what writers may or may not write about is unlikely to be a long-term solution. Another idea might be to allow the free marketplace of ideas to sort it all out.

Writers can (and undoubtedly will) continue to write what they like. But they will have to accept the consequences of the choices they make. In this age of social media, readers are no longer the passive consumers of content they once were. They now have the ability to let writers know instantly and in no uncertain terms what they think of their work. If a writer has misrepresented some cultural issue, or trodden clumsily on someone’s sensibilities, they can be called out in the most public way possible. It could be argued that this is now happening to a fault, as call-out culture reaches peak wokeness in our discourse. There are suggestions that the pendulum is about to swing away from predatory call-outs and towards a greater tolerance of mistakes and missteps.

Looking back on the ten years that have passed since 2009 when my first book Trinity Rising was published, I can see that my attitude to this issue has evolved. I no longer have the same sense of entitlement to write what I like. I am more mindful of what I am doing, and aware of the fact that traditional publishing is, to a large extent, a zero-sum game. There is only space for a certain number of South African YA titles each year. Every title written by a white writer is a piece of prime publishing real estate that could have gone to a black writer. That is an unfortunate reality that should make white writers do what they can to cede space to black writers.

Fortunately, black South African writers are not sitting around waiting for the white publishing establishment to make room for them. They are creating their own literary festivals and publishing houses, and using their own industry professionals to create a powerful pro-black literary movement.

Even ten years ago I recognised the fact that my character, Trinity Luhabe, is an atypical example of a black teenager. She is a mixed-race girl – the daughter of a billionaire mining magnate father and an Afrikaans anti-apartheid activist mother. She has been raised with almost inconceivable privilege, which sometimes skews her view of the world. I am not sure I would have had the same confidence in writing about a black African teenager living in the townships or the rural areas. Trinity’s life is an upper-class fantasy. I would have hesitated to wade into the lived reality of millions of black teens.

It is 2019. Writers are still writing outside their lanes, and trading on the stories of LGBT+ characters, and characters from a range of different socio-cultural backgrounds. Interest in stories exclusively populated by straight, white, middleclass people is waning. This isn’t likely to change anytime soon. As writers, we put our work out there and then we wait. If readers or reviewers come back to tell us we have got something disastrously wrong, we have to be prepared to take it on the chin, and resolve to do better next time.